Jack’s Basket Room is an Indie Rock / Americana band from Helsinki, Finland. Jack’s Basket Rooms influences lean heavily into American roots music and you can find tones of Alt-Country, Blues, Folk and Rock & Roll from their music. Jack’s Basket Room has been developing its modern roots styled music since 2015. Band’s previous album ”Welcome To” and EP “Vanilla Club” has gotten airplay in over 15 countries over the world. At the end of 2019 JBR opened for 22-Pistepirkko at the biggest clubs in Finland. New album, “Wrong Turn”, produced by Espe Haverinen is going to be released in 2020. Stay tuned.

“PIECE OF ME” VIDEO OUT NOW!

Piece of Me is a song about the fear of letting go and moving on. Espe Haverinen from 22-Pistepirkko produced the song. Antero Priha (J. Karjalainen ja Mustat lasit) arranged and played on the horn section and the legendary Finnish indie/punk artist Yari (from SE) arranged and sang the backing vocals of the song.

This one we did by ourselves.

NEW SINGLE PIECE OF ME OUT JUNE 26th

“Stray Bird” is a song about our band’s friend and member Hanna who passed away briefly after our first album was released. “Stray Bird” single was produced by Espe Haverinen and PK-Keränen played a beautiful guitar solo on the song. Had a sweaty show with 22-Pistepirkko at Nosturi. Mastering of the album is almost ready. We are waiting for the final version, WHOA! 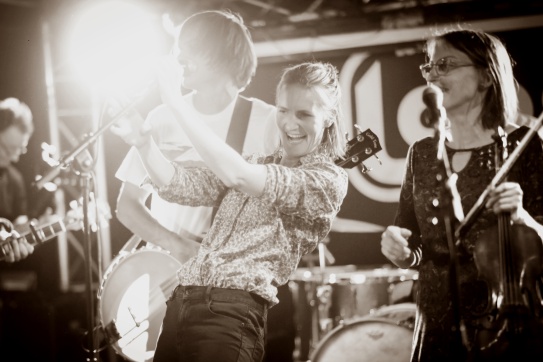 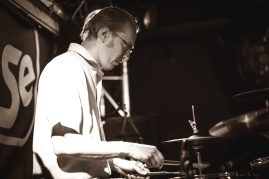 JBR is currently working on a new album. The band has been spending time in the studio with producer Espe Haverinen (22-pistepirkko) and everybody is excited about the new material. See our social media sites for more updates. Hi You all. Jack´s Basket Room spent the last weekend in the studio with a new producer. The session was great and we are very excited about the new songs. 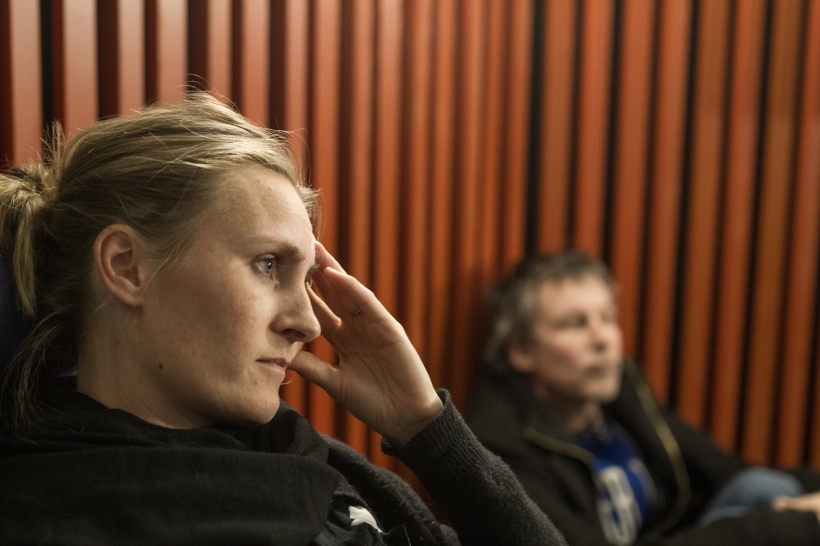 We will add new shows to the calendar shortly.

Check out our instagram for more. Social media links can be found at the bottom of the page.

Had the best time in Ostari Festari, big thanks to the organizers, everything was handled perfectly.

Tara from The Daily Country​ did a great interview about us and our new EP. Check it out.

You can find the “Vanilla Club” EP from all the major digital platforms and if you prefer physical copies send us a message. Enjoy!

Jack’s Basket Rooms new adventures EP called “Vanilla Club” will be released at 23th of may. “Vanilla Club” was recorded mostly live on tape by using only vintage gear. We wanted to cleanse the palate and do something different before we start to record our second album. The idea behind the EP was to mix Cuban and American sounds, “What if Elvis or Wilson Pickett had been born in Cuba as a woman”. 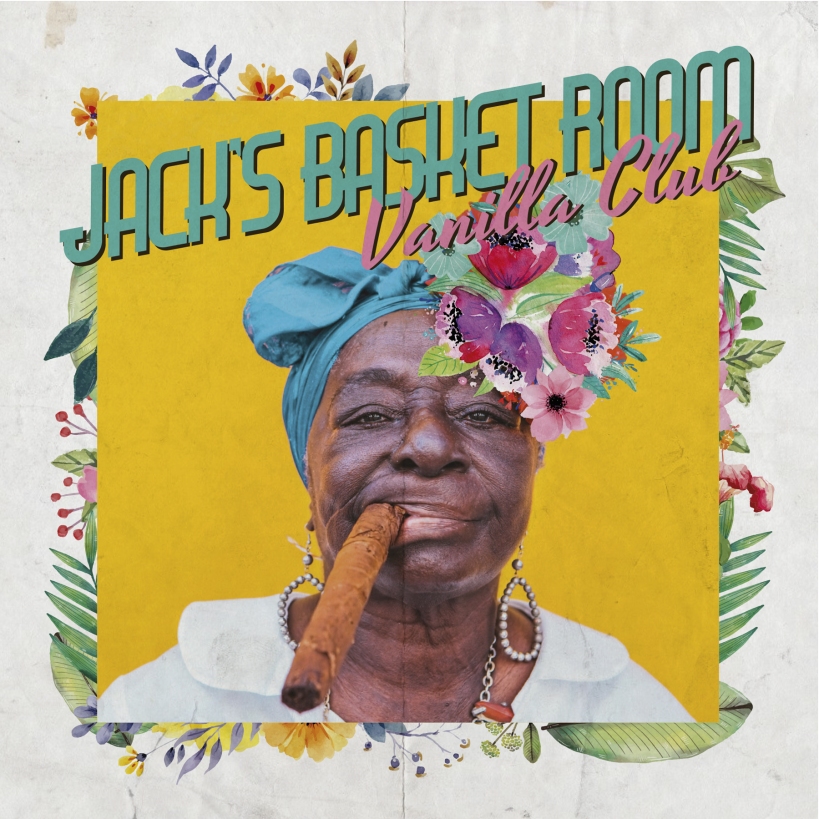 We have just finished mixing our “summer songs” and mastering is in progress. 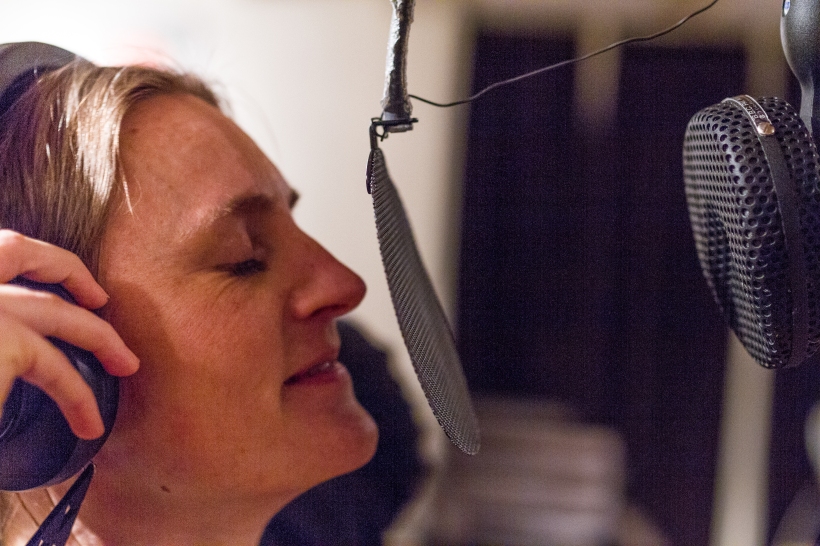 Jack´s Basket Room is being played on Songriver radio show second week in a row. The show is going to be aired today at 17-18 local time in Helsinki. So if you’re interested in Americana, Folk or Singer/Songwriter music check it out at http://www.rtvijsselmond.nl/nl/ or if you are in Netherlands tune into 104.1 FM. Highly recommended!

Hey you all. Our debut album is now officially released. You can buy physical copies from us (by sending a message, 10€ + shipping) and from Levykauppa ÄX. Album is also featured in all the major digital platforms so if you prefer digital form of music go to iTunes or Amazon etc. where you can download the album.

Record release gig is going to be held at RollFest [18.11]. And Oh boy, we sure don’t know much but we do know this one is going to be special. Stay tuned.

Records are going to be pressed and your ears tested.

Big thanks to Philip Dust who did a great job mastering the songs.

We sent some mixed tracks to Arto Kuusisto [Köysistö Et Cetera] who plays the keyboards in couple of the album tracks and the answer was “F***ing good music! Classic stuff!”

Yesterday we filmed a Music video for the song “Coyote for Your Moon”. Everything went great. Huge thanks to Jokemedia and Janne Asikainen for the filming, Mia MOORE for the makeup and hair and Auri Saarinen for assistance. “Keep on Rocking in the Free World”.

Debut album is being mastered and the message from the mastering engineer put a smile on our faces.

“I have downloaded your files. I have NEVER listened to a client’s work in its entirety prior to working on it simply because I’m too busy. But this time around, I listened to the first song and thought: “Wow, this is great”, then the next one, then the third one and so on and before I knew it I was listening to the full album front to back at once. Great album. Loving the singer and her amazing voice. Will make sure to give you some great sounding masters.” 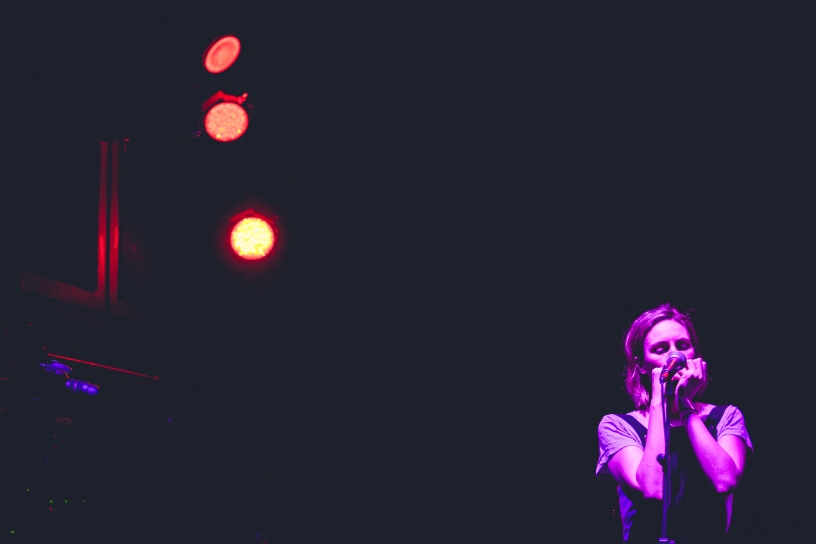 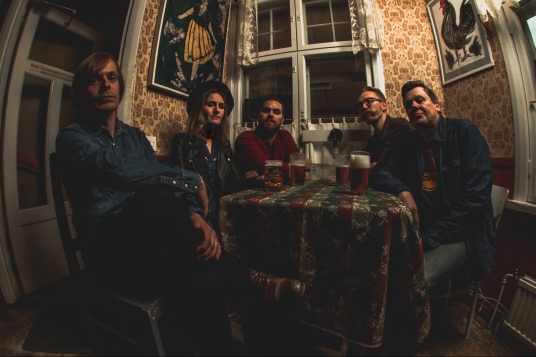 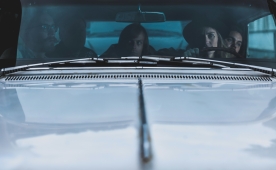 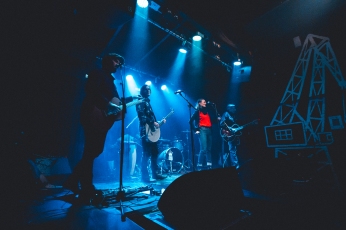 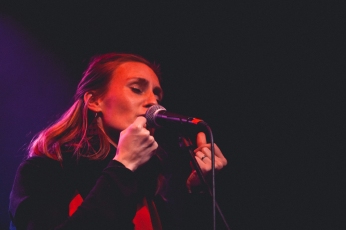 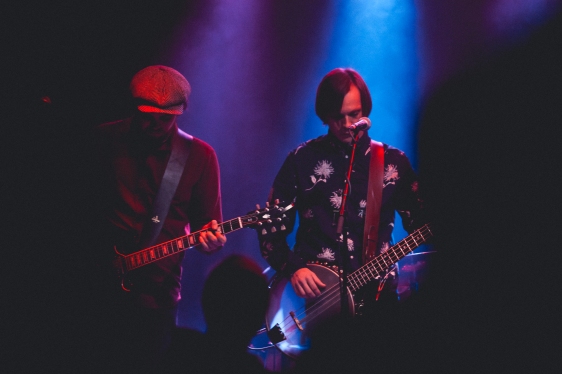 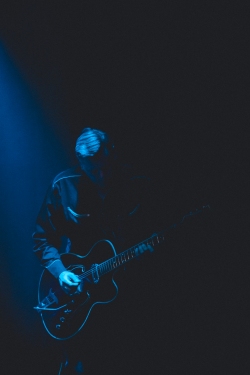 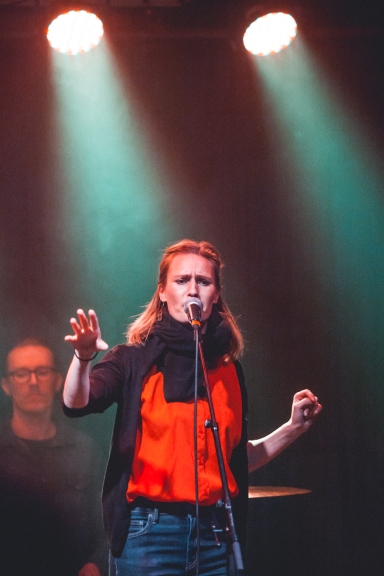 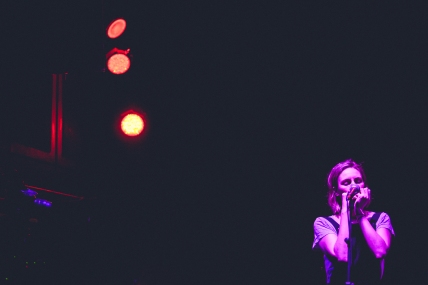 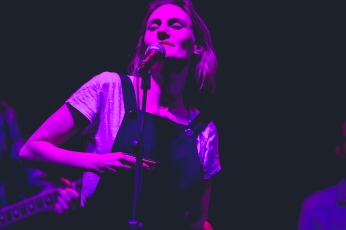 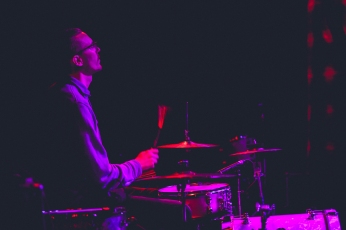 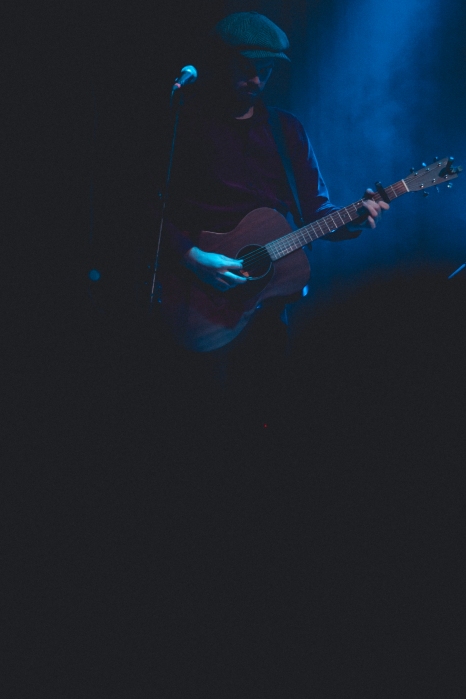 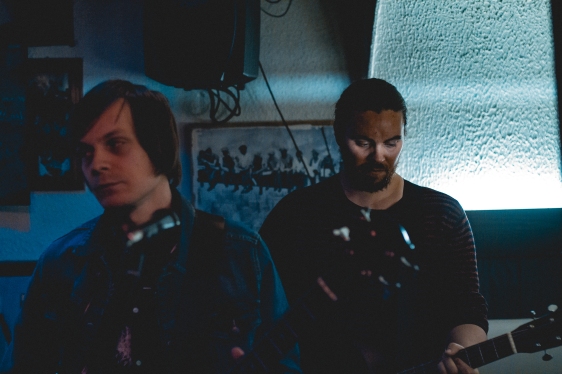 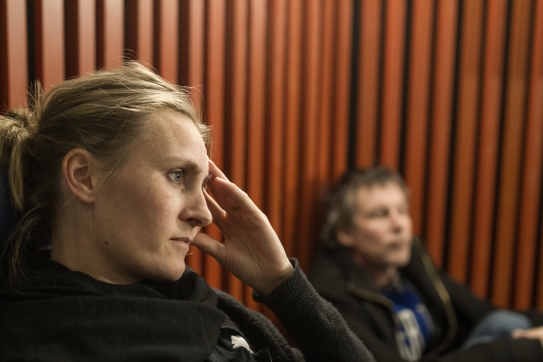 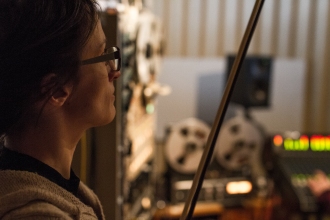 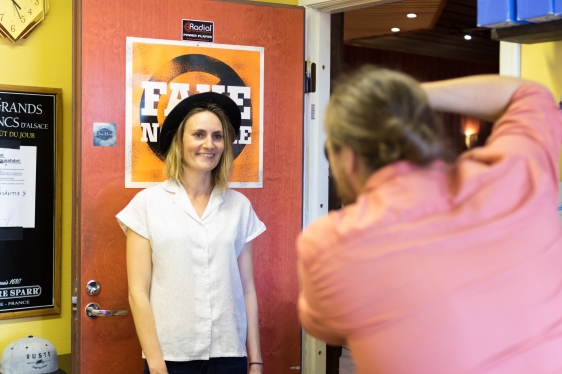 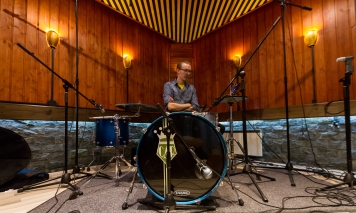 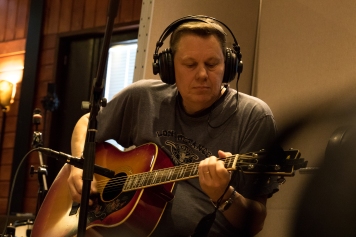 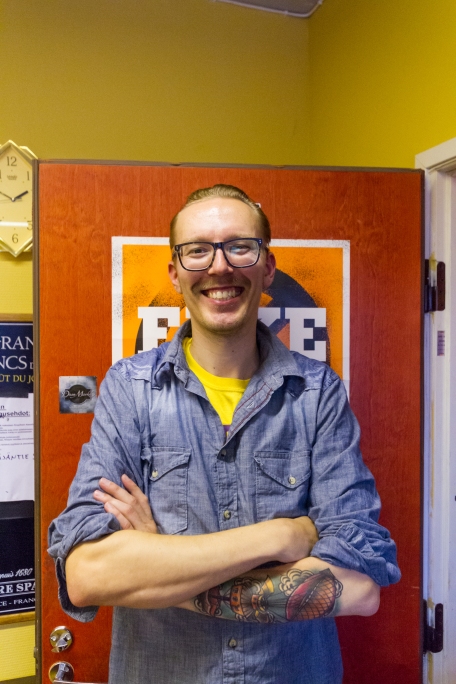 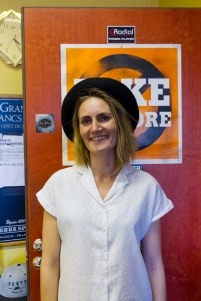 Show request, interviews, anything and everything.